Five Reasons Why Hillary Clinton Should Not Be President of America

Despite not being an American citizen and therefore not a militant of any political party in the United States, I systematically conduct a study of the daily occurrences in this country, and try to interpret
the dynamics of the society in which I live today.
My moral duty, as payment to the nation that gives me shelter, is to draw your attention to the dangers that weigh on its surroundings and that are consolidated in the social consciousness at a certain alarming degree, and in an immutable fashion.

Precisely, when assessing the process that led Barack Obama to the White House, his subsequent exercise of power, his handling of foreign policy and the overturning of the youth toward a left radical political ideology, there is no doubt that a rapid disintegration of the foundations that gave rise to this nation is taking place.

The joy that no man with a lefty tendency in the world by the way the United States has conducted itself during the past eight years can somehow serve to understand how American democratic pillars are deteriorating. There is no justification to change the image of America in the world; making concessions of principles and kneeling itself before those who want to put this country on its knees.

This process has been advancing for many years. As an example, a young Cuban professional living in Madrid came to Washington, DC, to hold some political meetings that would help him promote an agenda of solidarity in favor of those Africans discriminated against in Spain. He was welcomed to town by leaders of the Capitol and ended up drinking Havana Club and Mojitos in the former Cuban Interests Section in the capital city. He later spoke of the presence of the "crème de la crème" at such meetings, representing an extensive network of non-governmental organizations operating in the country. They seized the opportunity to congratulate themselves on the change of president in the White House, and the progress of the left in Latin America.

The example illustrates how vulnerable the country is to an ideological poison from the outside (already in) and to a harassment of its most important democratic institutions.

There is a possibility that Hillary Clinton could become a president; if so she will continue to make sustainable the "carrot and stick" policy to give continuity to a project that remains hidden in the minds of American liberals. It is connected, I think, with the rebirth of the country to accommodate it as a social extension that would endanger the freedoms, property, prosperity and the ingenuity of the American people.

All this justifies the five reasons to consider in order to prevent Hillary Clinton from becoming the next American president.

First reason: It would weaken the global leadership of the United States as it is happening today.
This is not to impose the United States as a global police force, nor that the world would depend on America to solve the problems of certain nations, but this nation must show its power where human rights are violated or where alliances are created with the aim to destroy the American society. One must remember the abominable crime that took place during the genocide in Rwanda where the administration of President Bill Clinton looked the other way and within one hundred days over eight hundred thousand people were massacred by the barbarism of racial hatred. The victims of that conflict are still wondering where the Americans were.

Second Reason: The Gramsci effect will gain strength in the country.
Possibly, the vast majority of Americans do not know who Antonio Gramsci was because the academia world ignores him. However, this Italian politician is the father and ideological support of the changes that are taking place in Latin America. The impact of his ideas is gaining momentum in the United States within the youth, the media, the education sector and critical intellectuals against the system, although some are unaware of the ideological reason of his political motivations. Gramsci invites to take political power without violence. He proposes to win and consolidate a small space and then move to another level and to add it to the previous one until reaching geographic, political, economic and moral space. Already, independent Senator Bernie Sanders, calls himself a socialist, has broken the barrier of fear by mentioning that word in this country. Who doubts that in the silence of complicity there are other Democratic politicians who think like him?

Third reason: The size of government will grow to justify its liberal ideology.
Democrats have been characterized by large governments. This extension will continue to increase with a Democratic president because it serves as a platform to promote their liberal doctrine generating unimaginable public spending. The left is militant in nature and its political action is permanent. The argument will be the same as usual, "we want to change things for the good of the majority, but we are faced with a Republican opposition." When the failures of a democratic administration are blamed on an active element of the opposition, one is trying to legitimize the actions of the government as just in order to win unconditional supporters.

Fourth reason: An ideological war against the Republicans will be triggered to show that the US government is a democratic alternative.
The American political spectrum has never been as polarized as it is at the present moment. With a Democratic president in the White House, tension and convulsion will increase toward the Republican opposition. The purpose is to believe in, the popular belief of the entire nation, the idea that the fate of the country should be in Democratic hands. It is here where the greatest danger, before an unquestionable ideological maneuver that presupposes to demonize the political opposition to gain an advantage, lies.

Fifth reason: Victimization generates a welfare state
Apathy towards work is a growing trend for an important sector of the American people. However, the offering of free goods and services, which generates laziness and social immobility, are part of the populist programs that Democrats promote.

To be supportive and compassionate is ethical, but when the state assumes the basic support of citizens effortlessly something is wrong. A Democratic administration will not correct these policies; on the contrary, it will promote social projects that support idleness to gravitate to toward the increasing number of the poor.

Warnings do not always rationalize the conscience of the people. Modern life, with its immediacy, individualizes ……  all because generally people focus on what may make a profit. Some politicians in the US are marginalizing the convening power, and breaking with the traditional model, a growing number of discontented citizens who by word of mouth are imposing the irrational message of the left.


The next few years will define the American destiny. With Democrats ruling, that destiny may be uncertain. With a Republican president, America will rise from the ashes to which its internal opponents want to convert.
Posted by VOZDEVOCES at 6:10 PM No comments:

Posted by VOZDEVOCES at 8:08 PM No comments:

Posted by VOZDEVOCES at 10:12 PM No comments:

Posted by VOZDEVOCES at 12:26 AM No comments:


Posted by VOZDEVOCES at 7:57 PM No comments: 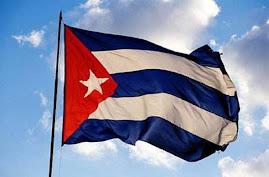